It´s some time ago since my last entry. This was last nights view from my bedroom. Heavy rain and a bit stormy … You can see the city lights of Blackburn in the background.

A typical scene at the cornish coast. I like the fact that the trees grow so close to the see. Probably the garden with the most interesting history in Europe. Looking at “the jungle”.

If anywhere in Cornwall was going to be haunted then it is likely it would be an ancient castle / monastery rising out of the sea on a craggy island. St Michael’s Mount is just this and has a history dating back beyond the dark ages.

Once upon a time the Mount sat in a dense forest that spread far and wide. To this day, at low tides the remains of ancient tree stumps are sometimes revealed. In those days it is said that the giant Cormoran and his wife, Cormelian, lived on the mount. Tragedy struck though when another giant, Trecobben, accidentally killed Cormoran’s wife when he threw a cobbling hammer. Shortly after Trecobben died from the grief of what he had done. It seems that Cormoran had slightly less conscience and was the bane of the folk in the surrounding lands. He would regularly help himself to whatever he fancied be it a herd of cows or field of crops. Deciding enough was enough, a young lad named Jack snook over to the mount and dug a giant-sized pit at the bottom of the hillside whilst the giant slept. Jack then blew his horn waking Cormoran who in a rage came thundering down the hill. The giant went headlong into the pit and that was the end of him. And that is the tale of Jack the Giant Killer. Whilst there are no tales of St Michael’s Mount being haunted by actual giants there have been sightings of a particularly tall man. This seems to relate to an unusual find during renovation work of the chapel on the Mount in the late 19th century. During work on the chapel a small stone doorway was discovered in the south wall. Beyond this was a flight of steps leading to a small hermitage cell within which were laid the bones of a man measuring 7 feet 8 inches. It is believed the man was an anchorite (a type of hermit) and his cell became a hidden tomb after his death.

One of St Michael’s Mount’s mysterious tales was told by its previou tenant, Lord St Levan. He told of a 17th century four-poster bed in which no child had ever been able to spend the night in. The bedstead, decorated with carvings of Spanish ships wrecked around the coast, was said to exude an uneasy atmosphere. As well as a ghostly monk another of the Mount’s ghostly residents is a lady in grey. This benign ghost is believed to be that of the nanny of the resident St Aubyn family in the 1750s. It is said she became pregnant but the father of the child refused to have anything to do with her so she threw herself from the top of the castle. Beyond the Mount there are stories of the surrounding waters of Mount’s Bay being haunted. Whilst out in the bay local fisherman have reported hearing the ringing of church bells and a whispered “I will… I will…”. The source of these ghostly sounds is said to be Sarah Polgrain and her lover, a sailor named Yorkshire Jack.
The story goes that Polgrain poisoned her husband and nearly got away with it. However, after taking up to quickly with her lover Jack the local villagers became suspicious. Eventually justice caught up with Polgrain when the body of her husband was exhumed and she was sentenced to hang.

On the scaffold she made the unwitting Jack promise to marry her and he whispered back “I will… I will…”. After her death Jack became the epitome of a tormented man. Eventually, one night whilst sailing home, into Mounts Bay, he confided in his shipmates what he had said that day on the scaffold. At midnight the sound of a woman’s footsteps were heard on the ship and shortly afterwards the terror-struck Jack was seen to throw himself from the boat, never to be seen again. On the mainland, in Marazion, it has long been said that a ghostly “white lady” haunts the area around the Green. Apparently the ghost would often appear alongside late night stage coaches and stay alongside, much to the consternation of its occupants. Some versions of the tale tell of her jumping on a horse ridden by an unknown horseman up as far as Red River. Whether there is any connection with Sir John Arundell, High Sheriff of Cornwall, who was killed at this spot in 1471 is not known. Are there lost places on ship´s ?

A harbour is always full of objects …

Time flies … we´re already the third day in the UK. After a wonderful night in Folkestone with best friends, we arrived yesterday in our cornish cottage. It´s an awful long journey but when you get there you it´s worth while. Today we explored Megavissey harbour which is a very busy place and full of seagulls.

Available as a fine art print up to size A1 … 😉 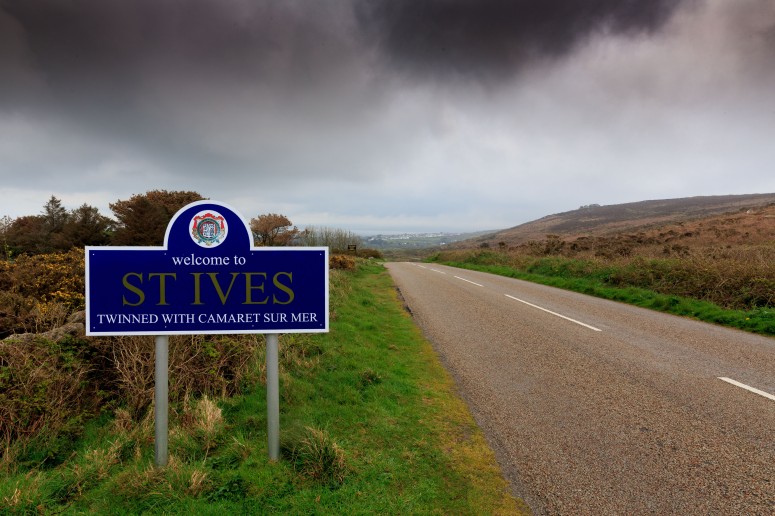 Probably the last trip this year … I really hope for some heavy thunder storms … November might not be the best time of the year to visit Cornwall, but every season has its colours … and some breaking waves on the harbour walls are challenging for every photographer …