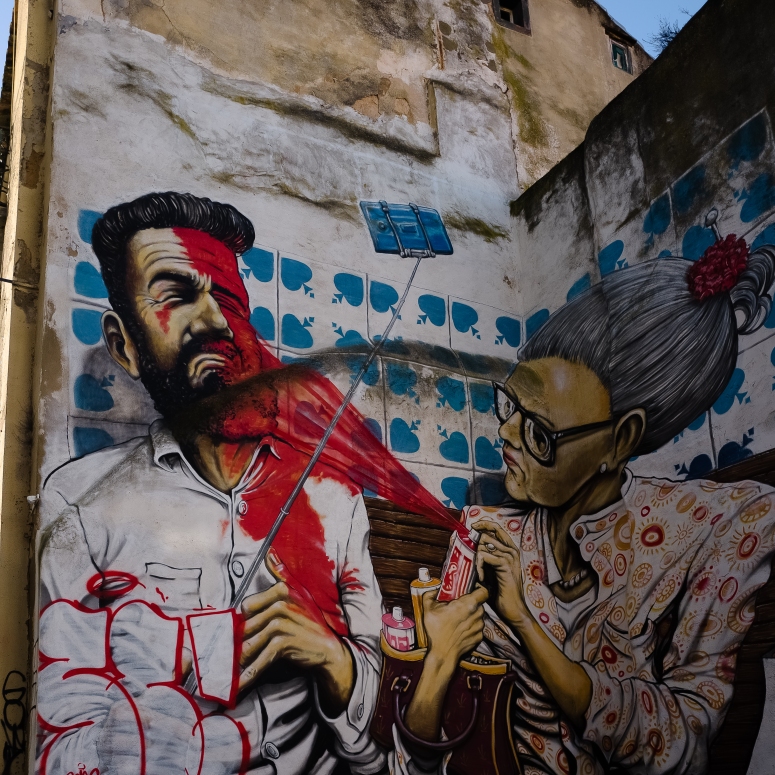 This piece was created in July of 2016 by the Italian artist Andrea Tarli. You can find it on Largo da Achada.
The Portuguese capital is now known as one of the cities in the world with the best street art, and some local artists like Vhils and Bordalo II have works all over the world. Vhils is known for carving faces on façades, while Bordalo II creates art from trash. Following the revolution of April 25, 1974 there was an explosion of political murals, and today artistic graffiti is even sponsored by the City Council, which created the Street Art Gallery by the iconic Glória Funicular.